Animanera interprets and acts in the social, in the political and in the present through original dramas and a variety of languages that draw inspiration from the world of visual arts and new media. The urgency of the company is to find alternative ways of communication, declining the contemporary in an interdisciplinary research. Different visions and intercative paths can create stories, lives and places, into an avantgarde philosophy where the audience is co-starred in an underground aesthetics.
Animanera is an ensemble with a strong commitment to the artistic mix. It is formed by the founders Aldo Cassano, Natasha Curci, Antonio Spitaleri, Lucia Lapolla, as well as a series of permanent collaborators who establish a network of professionalism and valuable asset for the company.
Animanera brings a new concept of residence: inhabit the city.
Active for sixteen years in Milan, for a long time it didn’t  identified itself with a physical space, but has put its roots in the urban fabric, often finding home in unconventional places. An attitude that has turned into poetry  with happenings and performances that have played a leading role in streets, squares, bridges, parks, universities , community centers . But even in institutional realities such as the Royal Palace, the Museum Bagatti Valsecchi, the Palazzina Liberty and the Piccolo Teatro Strehler.
In 2008 Animanera won the Bando Etre “Esperienze Teatrali di Residenza” sponsored by Fondazione Cariplo and found its basis in PIM OFF for the three-year project Urbanima – the soul of the city.

With Pim Off, a strong and durable synergyhas been developed. In the three years it allows to consolidate the artistic and productive processes, where the performance are accompanied by a stronger focus on contemporary drama . They bring to life shows like “Piombo”, “Fine famiglia” and “Senza famiglia” are born. “Senza famiglia” is produced in 2011 by the CRT, a reality whom is growing up a new phase of collaboration. CRT coproduced also “Intimacy” and, in 2014, “Figli senza volto”.
Since 2012 Animanera has its own space for rehearsals and workshops, but keeps the vocation to live in the city and to create new synergies with theaters and unconventional spaces in Milan.

We are in Italy in the 70’s, in a suburb of a northen city, an apartment like many others. Throught the thoughts we observe the life of a man and a woman, a couple like many others.
But behind the normal actions – the dishes of the dinner in the sink, the alarm clock in the morning, the coffee on the burner – the clandestine existence of two terrorists is revealed and throught it also the desperation that can fuel the extreme choice of armed struggle: a life spent in the shadows, the anxiety of being able to blend in, the fear of being recognized, the listening of the footsteps and the obsessive control of the neighbors, in the hope that everything goes as planned…
The end of the story is known, but the interest part is to enter into the mind and psychology of those sons of the economic growth and widespread prosperity that have chosen to declare war to a system that can guarantee only that pale existence – the tragedy of a generation that has tried the “assault to the sky “.

Stories of different loves, of passion, burning desire, overwhelming and overpowering.
Loves which follow their own peculiar logic, the one which separates life and death, eros and violence, self-consiousness and confusion.
A forbidden world. A point of no return. An absorbing boudoir where the onlooker enters one by one in soft beds, in strong closeness with the mythical protagonists of 19th century literature.
Words, touching the intimate, recalling hated and beloved ghosts, disturbing and involving desires which can’t be overcome and shan’t be proferred.
“Try Creampie!” wants to represent one of the greatest mysteries of our existence: love. Love in the most absolute of its meanings: pure, free of compromises, in its carnal or platonic sense.
“Try Creampie!” is a journey of “sensorial-theatre”. Using the language code of different artistic and literary currents of the last century, it finds words appealing to different sensibilities.
Love will be analysed in its remotest parts: from obsession to gelousy, loneliness and fulfillment of needs, distance and fisical contact, immagination and concreateness through sublime and evocative words, sometimes painful, sometimes ironical. Only The voices chosen to guide us in this journey through the depht of the heart, are the authors of the 19th century, telling us what they felt and lived through their works and their lives within the controvesial sphere of love.
Stories told through direct contact between the actor and the spectator, in intimacy, “sleeping” virtually together!

You often hear speaking about new models of families, lighter, wider, happier, non conformist models, that let us feel a better future is coming, that people will receive a wider and more laic education to help them in finding their real identity without any constrain or order……Waiting for good news, today we still count many injuries to a generation that knew family as the most fertile place where tyranny and imposition of one’s vision of the world could blow out.
FINE FAMIGLIA is the story of an Italian family in its harmful and most baleful meaning, it is a score made of body and words about collective inadequacy, where there is no more space for human relationship after all possible mistakes.
FINE FAMIGLIA is a Christmas ritual which will lead to separation. A party that celebrates the end of institution, the Italian Family, doomed to failure: it is a suffocating place where, no matter how long you keep windows opened, air is always saturated with tomato sauce and grudge.
After years of mutual oppressions, a normal family gets to the extreme level of tolerance towards each other. The four characters, with unespected, not tipically Italian common sense, will agree and decide to cut any relationship between them. They choose Christmas Evening as the moment for their farewell. But the evening does not evolve as whished and getting out from that room will be much more difficult than expected.

Our first teachers, good or bad, are our parents. Its their duty to guide first thoughts, to set the good and the bad. To challenge received education is part of each maturation: each revolution starts in the family. Senza Famiglia is the tragicomic history of a feminist and 70’s-nostalgic mother, that with incredible delay decides to get back the relationship with her daughter who is a housewife totally subdued to her husband, she is already mother, she has two grow-up kids, adult but undetermined. Closed in an old house by the sea, the woman will constrain the daughter to a quick course of emancipation, anarchy and rule breaking. The education, which was misunderstood and not digested, will have tremendous effects on the family unit. Senza Famiglia tells how dreams of mothers and fathers fall like rocks on their children’s heads, while communication between generations is full of ambiguities and disasters. Taken between desire of approval and will of rebellion, the changeover between parents and children turns out to be a mincer.

Frantic memories of the 70’s are topical, that is the time when sharp perceptions crossed each other and each personal matter was a political matter.Before an ultimate, tragic and violent action, a man and a woman are naked on a bed. They are armed, determined, inspired by hate and revenge. They are plotting in the sheets, hatching together a political attack. They daydream about possible ways to subvert the parasitic regime which overwhelms them. But waiting for a revolution which never comes, the fight changes over from politics to bodies: ideals, absolute values, give way to man’s and woman’s interior conflicts and, eventually, politics becomes concrete in the intimate sphere, in the human relationship, becomes embodied in the conflict subject itself. The audience stands close, very close, they can feel actors’ breath on their neck. The judge becomes partner in a much more voyeuristic way. Piombo is the story of a betrayal of justice, swept away in the name of a bad romanticism and of all the small egoisms of everyday life. A comprehensive hate nourished by illusions which leads to rigid arguments that suddenly turns out to be made of wind. Because the action itself seems to have its betrayal, and when revolutionary words don’t materialize they remain mid-air, oppressive and threatening.

Fashion and Death are sisters, they share an apartment and rule the world. History is a spoiled child playing at war and does not want to study. Battles, bombings, revolutions come from the living room of the house as apparitions and leave no traces on the carpet until a handsome and proud man, a hero or perhaps a terrorist, enters into the life of the three leading fervor and turmoil …
From the attack in Sarajevo in 1914 to the great financial crisis that disrupts the West today, the facts of world history are mixed with a gallery of magical apparitions and the Fashion and Death are working against each other to keep active their old fields action, more dangerously converging.
Fashion and Death is a black comedy about the perception that we have more and more confused of the Great History and how the individual imagination of the digital age is taking over the facts.
In the multiplication of signs and representations, the history disappears replaced by synthetic chronicles of Twitter, and while the fashion triumphs, imposing tributes increasingly burdensome to the collective vanity, Death we have to adapt to the “non-life” of the digital age. 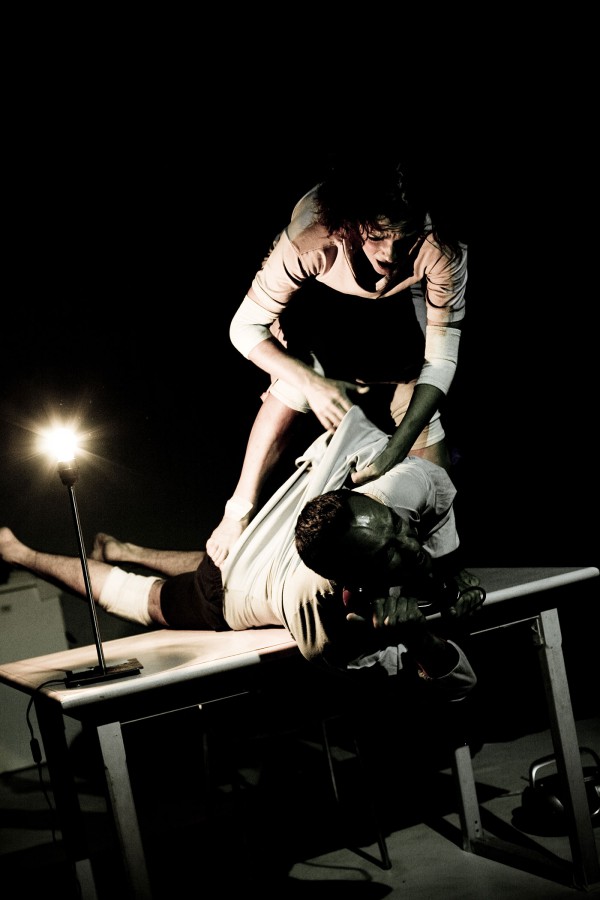